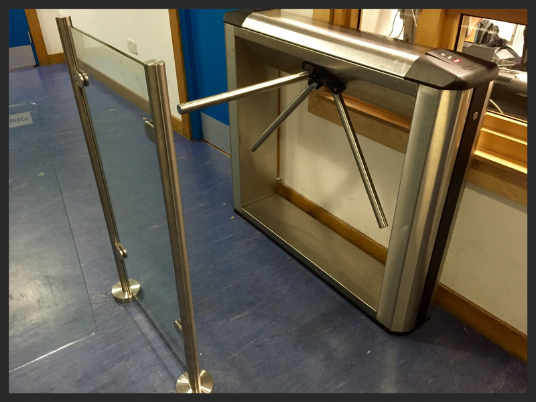 The TB-01 system combines robust, assured security alongside a well attributed design shceme that would not look out of place in the most exclusive of establishments.

The system features proximity card reads at either end of the unit as well as dropable arms to aid in the event of fire or emergency. The arms are able to be operated by a designated remote control that can be situated on a desk or wall away from the turnstile.

This system can be operated by any type of card interface; barcode, magnetic stripe and mifare 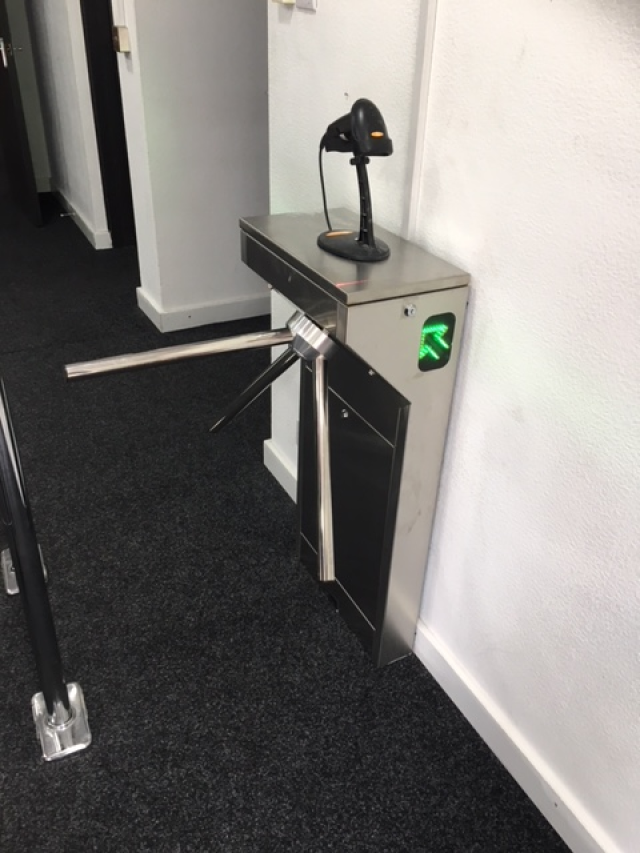 The Sentry series turnstile is a tri-arm rotating unit with stainless steel base and legs, its blend of affordability, functionality and design have made it our best selling tunrstile to date.

Ideal to integrate with all types or card readers, proximity readers, QR code readers and fingerprint biometrics.  The arms are able to be operated by a designated remote control that can be situated on a desk or wall away from the turnstile 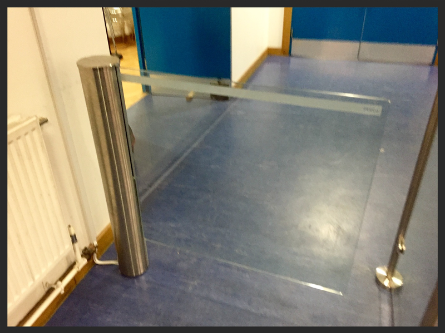 This fully motorised elegant looking swing gate offers the perfect soltuion for disable access points. it also allows for a larger walkway to be used, for example for school classes who may use a swimming pool facility.

The post is finished in brushed stainless steel and the panel is reinforced tempured safety glass.

This system can be operated by any type of card interface, barcode, magnetic stripe and mifare.

This product also features an indepedant remote that can be situated on a desk or wall away from passing traffic.

Complete with a comprehensive warranty for 12 months including all parts and maintenance. 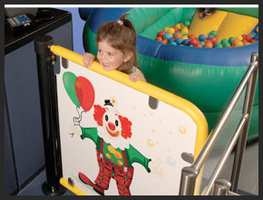 Designed entirely with child safety and wellbeing in mind, kiddigate is perfect for nurseries, child day care centres and child based entertainment venues.

The system is covered in protective foam to recude the force of impact if a child were to be in the path of its opening, its also been designed to minimise finger trapping areas to reduce the risk of finger/ hand injuries.

Each gate can have its own logo/ picture embedded into the panel section of the gate to keep alongisde any themes present within the business.

This system is able to be operated with any type of card interface, barcode, magnetic stripe and mifare.

This product features an independant remote control that can be situated on a desk or wall away from passing traffic. 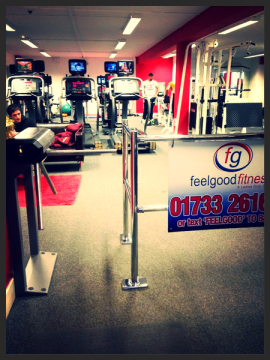 In the late part of 2014, a small successful chain of gyms going by the name of Feelgood Fitness began to notice a distrubing trend; due to the friendly nature of the business, they operated an open door policy and entrusted their members to ensure accruate and timely payment for the services of the club.

However, over time staff began to notice people were abusing the system, using the club as they pleased without paying and unfortunately, it wasn't isolated incidents; this was happening on a far larger scale than they could have realised. Knowing this was costing them money in lost revenue, they decided to act and rectify the issue that faced them.

As their current and ongoing supplier for membership cards, we had a strong relationship with the Feelgood chain. They outlined the problem to us, we put forward a turnstile system option that was affordable, stylish and reliable, it was also completely compatible with their current club manager software package, making the transition very simple. Seeing the postives this system would bring, they went straight ahead with the installation in December 2014.

The following day, staff opened the gym as normal, and for the rest of the day they watched as over a dozen people walked into the club, saw the new turnstile and barrier system and walked straight back out again knowing full well they had abused the club for the last time.

The inital investment was almost insantly repaid as non paying customers had to activate their memberships once again, making the turnstile the most cost effective peice of equipment you can buy for any gym or health club.

The system has been so successful, the group have decided to install them in the other sites over the next year.